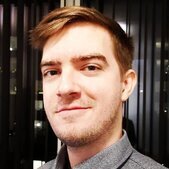 By ElectroNugget,
January 1, 2020 in Daily Journals

DAY 08: Short post today, had the exam, it actually went surprisingly well. 🙂 I think I might have a good shot at passing on my first attempt. Feels good that the hard work paid off, and if I hav

@BooksandTree﻿s I take your point. I think for me it's just really hard to picture controlling this without at least eliminating it for a while. I know I'll need to replace it with something else eith