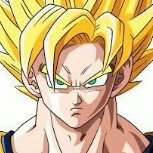 By ChewyChickenBones
September 28, 2017 in Daily Journals

Day 45-48 Halfway done. Yes!!! It's been a rough week, but I've also been putting in a lot of work! Truly, truly grateful for family and friends. Their support is helping me a lot. Each day getti

Day 1 Time for another 90 day detox. Spent 50+hours/week on Hearthstone. While it has been a fun time, want to use time to evolve my persona outside this virtual bubble.  My goal is to be able to

Day 9 @Gundham's post about Genshin Impact gacha gamemode resonated with my experience in Hearthstone. Games that release content behind paywalls. The illusion of choice is given to the user