Oh, guys, I am back. 35h in 2 days and I am deleting my steam account xD. I am glad that happened now I feel more aware of what @BooksandTree﻿s was talking about. Closing the chapter.  So, from n

That depends, I believe you will always have nostalgic moments. During my last try, I read a book about architectural psychology and then I just felt nostalgic about Minecraft! It was not the critical 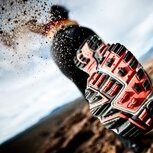 HI @Xgamer Nice to meet you and thanks for sharing your progress.  I just wanted to pitch in and say I think you’re doing a great job, despite the fears and concerns you’ve been raising.  In fact