What is the last book you read? 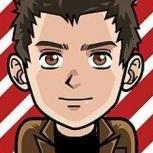 I always wanted to learn more about Buddhism, but never knew where to start. Maybe I should start with that book. The last book I read was Fuck It by John Parkin. It is a book about letting go, relax

Right now I'm actually reading two books. Meditations by Marcus Aurlieus and The Girl Who Played With Fire by Stieg Larsson (it's the sequel to The Girl With The Dragon Tattoo). Don't know if it's my

Brave New World by Aldous Huxley. I highly recommend it. It's a novel first released in 1931 which features a dystopian society where people are controlled by a totalitarian government. However, they