What did you do after quitting gaming? 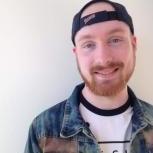 By flingaas,
October 4, 2016 in General Discussion