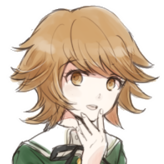 By LucyInTheSky
July 11, 2019 in Daily Journals