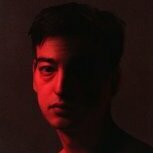 By Average_Guy,
January 23 in Daily Journals

Jan 22, 2021 Heyoo, I've been around here a few times before.  I've had a love/hate relationship with video games pretty intensely for the last 6 or so years.  They have been a crutch when I

Day 44, March 6 2021 Well boys, I've made it through a couple very hard days and I must say, it feels really good on the other side. The other night I was journaling before I went to bed, I

Day 40, March 2021 Although work is tough some weeks, it really makes the time go by faster.  I'm pretty happy about being on day 40 for no gaming.  Last week I was pretty motivated and this week