The shame, is it real? 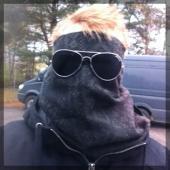