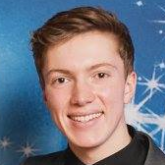 By AlexTheGrape
October 6, 2015 in Daily Journals

Hi again friends! I'm just about halfway through my second year of university now, and things are going alright academically. I'm still working out which has been good out of that, but I'm facing

Quick update: Sunday went well without games, and I haven't gamed since then. I spent more time with my brothers and did some reading. I've come to realise the nature of my relationship with games, an

Be careful you don't cut the gym out entirely if that is the way you are using to clear your mind! I have found if I throw myself boots and all into my studies and remove everything else in my life, t