Were you ignorant before your detox start? 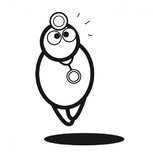 By Adminiculum,
November 5, 2019 in Ask the Community