Am I addicted to gaming? 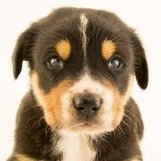 By Michaels_World,
October 6, 2018 in Ask the Community