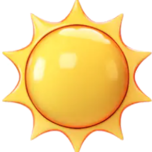 By goodvibes
March 8, 2022 in Daily Journals