Keys to a Successful Detox 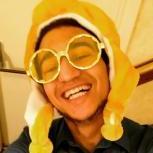 By AssellusPrimus
May 27, 2019 in Ask the Community