"it's addictive" — the morality of the statement 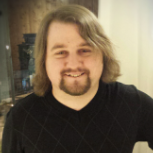 By pdallair91,
March 19 in Ask the Community