Stopping after 38 years of gaming (Originally posted on Reddit) 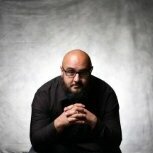