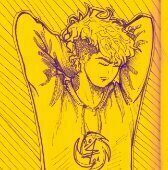 By Franco Sosa,
Thursday at 08:46 AM in Relapse