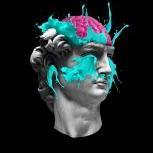 HYPOTHETICAL - How Would the World Change if EVERYONE Quit Gaming TOMORROW?

By RyanGQ, December 24, 2015 in General Discussion